B
rian Houghtaling focuses his practice on residential and commercial property insurance claim disputes. From Hurricanes Katrina, Ike, Gustav, Isaac, Sandy, Maria, Harvey, Florence, Laura and Delta, he has personally handled over 6,000 property claims resulting in more than $125 million in funds for his clients. 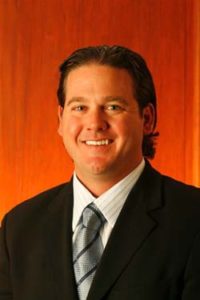 As a native New Orleanian, Mr. Houghtaling and his family were victims of Hurricane Katrina. The unjust treatment his family, friends and neighbors received from their insurance companies led Mr. Houghtaling to dedicate his work to helping those affected by unfair insurance practices. He handled over 1,000 Hurricane Katrina claims resulting in millions in recovery for his clients.

Mr. Houghtaling’s litigation experience also extends beyond property insurance. He was a passionate and effective advocate for Gulf Coast residents and business owners who suffered damages as a result of the BP Oil Spill. Mr. Houghtaling is an avid fisherman and owns shrimp and oyster businesses in Louisiana, both of which felt the effects of the BP Oil Spill. Mr. Houghtaling represented fishermen, residents and businesses along the entire Gulf Coast in an effort to find justice after a tragedy that personally affected him and so many Gulf Coast natives.